Japan has been producing automobiles for almost as long as America, to the surprise of some. As the American automobile industry has changed, so has Japan’s. To this day, however, Japan still has the highest concentration of automakers of any country on earth: nine to be exact. Three, however, are real standouts producing not only high quality vehicles but reaching well beyond Japan to all corners of the planet. Let’s take a look at the top three and how they are impacting the North American market.

As the largest of all Japanese automakers, Toyota ranks only second to General Motors in global production. Toyota vehicles were first introduced to the North American market in the 1960s and were, at the time, widely panned by critics as being too small and inferior in quality. By the late 1970s, Toyota quality levels began to exceed the industry standard. Today, some consider Toyota the benchmark by which all car lines are judged; the company’s Lexus line of luxury vehicles and Scion brand of youth oriented vehicles are also leaders in their respective classes. 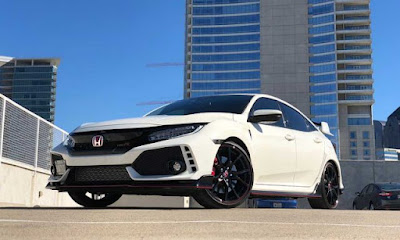 The only thing Honda lacks versus Toyota is size. Still, when you compare Honda vehicles with comparable Toyota models, Honda holds its own. The first Honda, a Civic, was introduced to the North American market in 1971 and was soon followed by the Accord as well as the Prelude. Routinely, the Accord battles Toyota’s Camry for the top spot in U.S. car sales year in and year out, while the Honda Odyssey battles the Toyota Sienna for the highest quality minivan [Chrysler’s minivans still are the best sellers]. Acura is Honda’s luxury car division which has also competed successfully with Toyota’s Lexus line up.

Toyota and Honda are the only two fully independent Japanese automakers left in the world today as Nissan has since ceded control to Renault, France’s largest automaker. The first Nissans to hit the North American market did so in the 1960s under the Datsun model name. By the early 1980s the Datsun name was jettisoned in favor of Nissan and today the Nissan name is equated with some of the highest quality cars on the road. In the late 1980s Nissan launched the Infiniti division, a maker of luxurious cars that routinely battles with the likes of BMW, Lexus, Acura, Cadillac, and Mercedes as a top provider of opulent vehicles.

So, there you have it. Three top Japanese brands that have made a name for themselves. You may not own a Toyota, a Honda, or a Nissan, but you have to give credit where credit is due: all three automakers are proven leaders in a highly competitive and every changing industry.

Japan has nine automakers with three that are true stand outs in quality, size, and global reach. Do you think that you know them. Please read more to find out if you do.

Are Electric Cars A Part Of Your Future?

5 Safety Tips All Drivers Should Know

8 Signs That Your Car Has Pothole Damage

7 Reasons To Buy A Hybrid Car